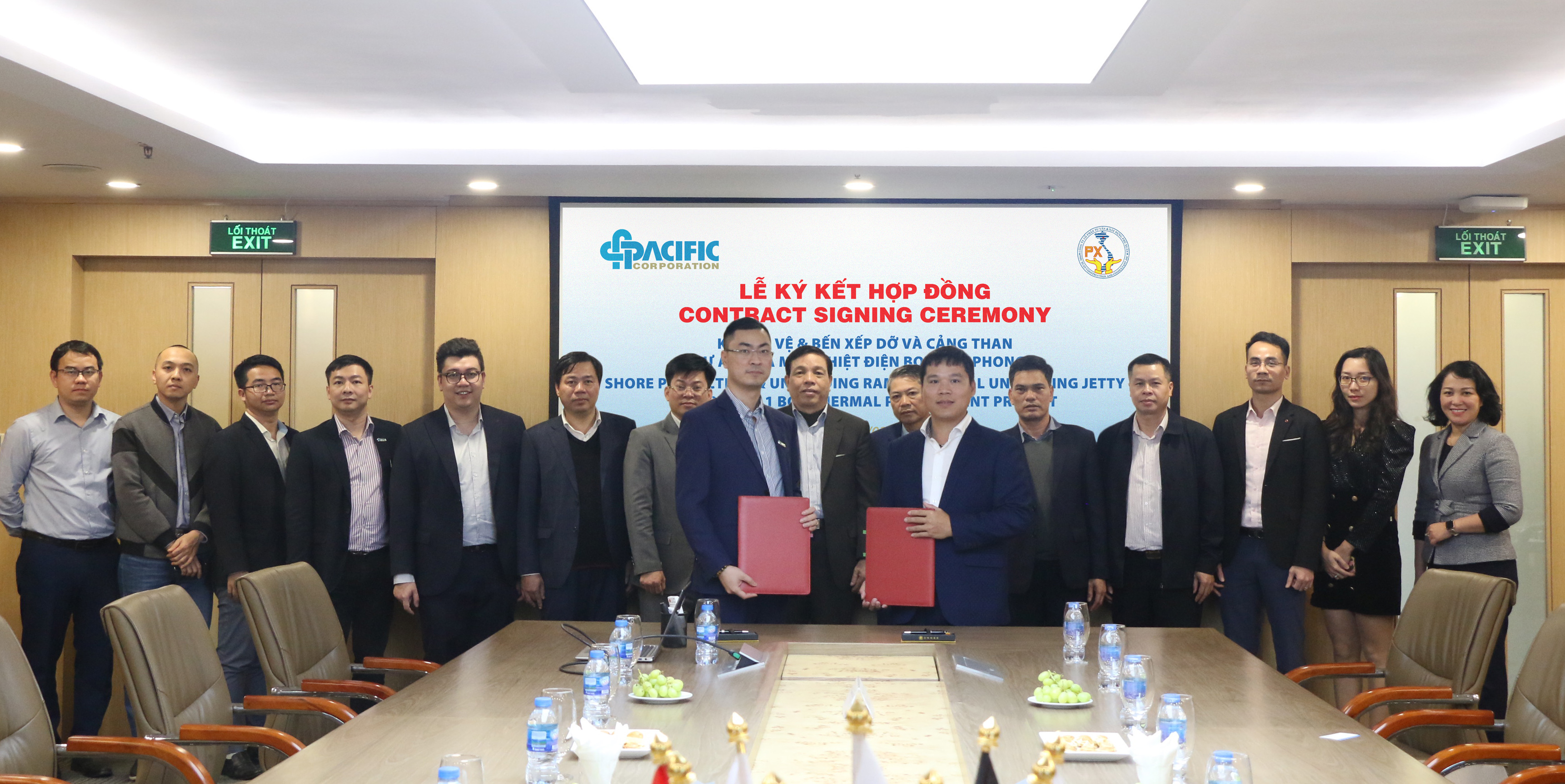 Speaking at the ceremony, representative of Pacific Corporation said that the signing of contract for items of Van Phong 1 Thermal Power Plant project between Pacific Corporation and Phu Xuan JSC marked an important milestone, showed the professionalism and efforts of both sides, demonstrated the capacity of Vietnamese enterprises in implementing major domestic projects, raising the localization rate. 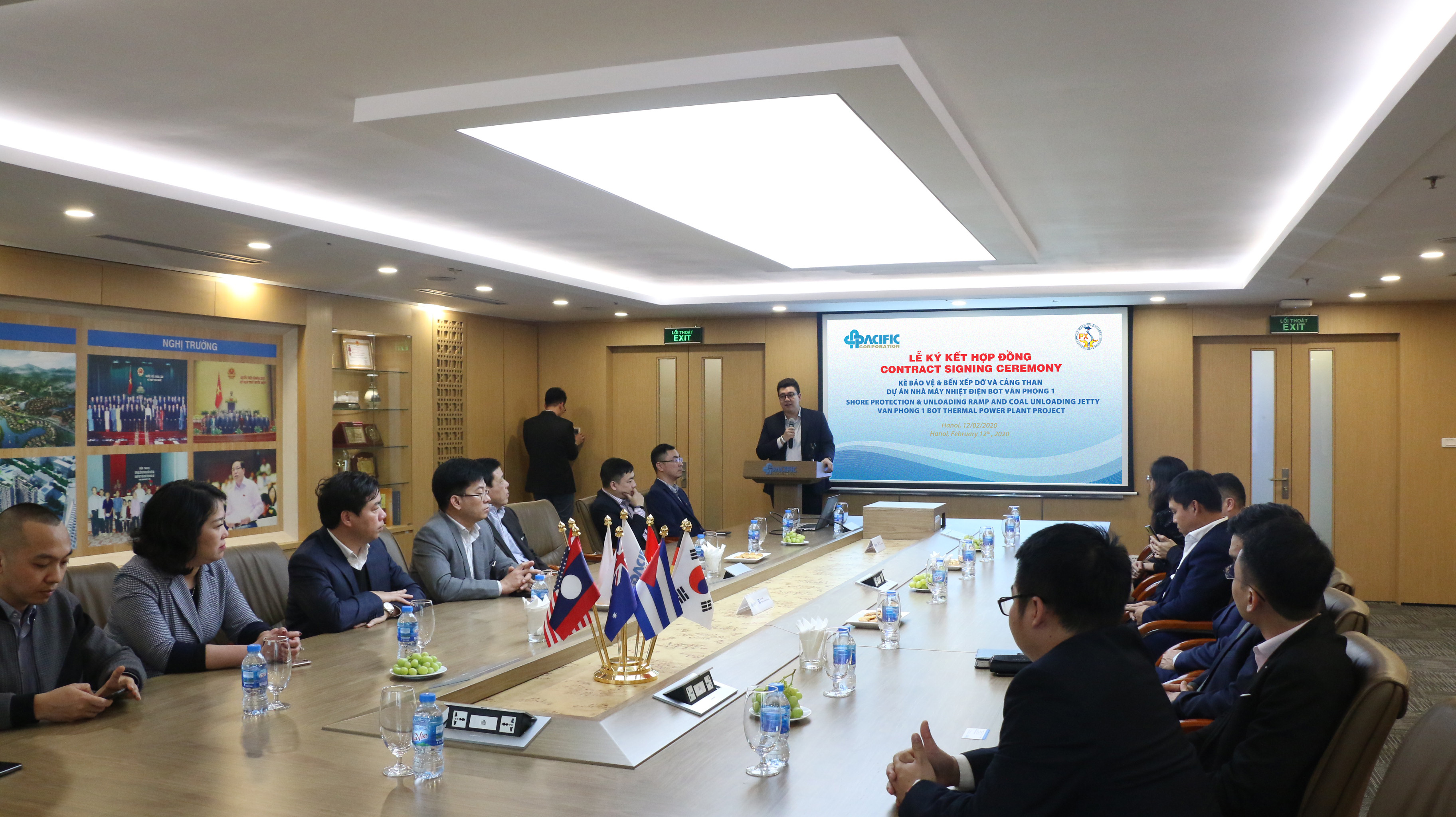 Representative of Pacific Corporation made a speech at the Ceremony

Pacific Corporation also expressed its belief that this is a good start for more comprehensive and deep cooperation between the two companies, in order to complete the project as well as achieve many new goals in the future.

Representative of Phu Xuan JSC affirmed that they would closely cooperate with Pacific Corporation to complete the project. 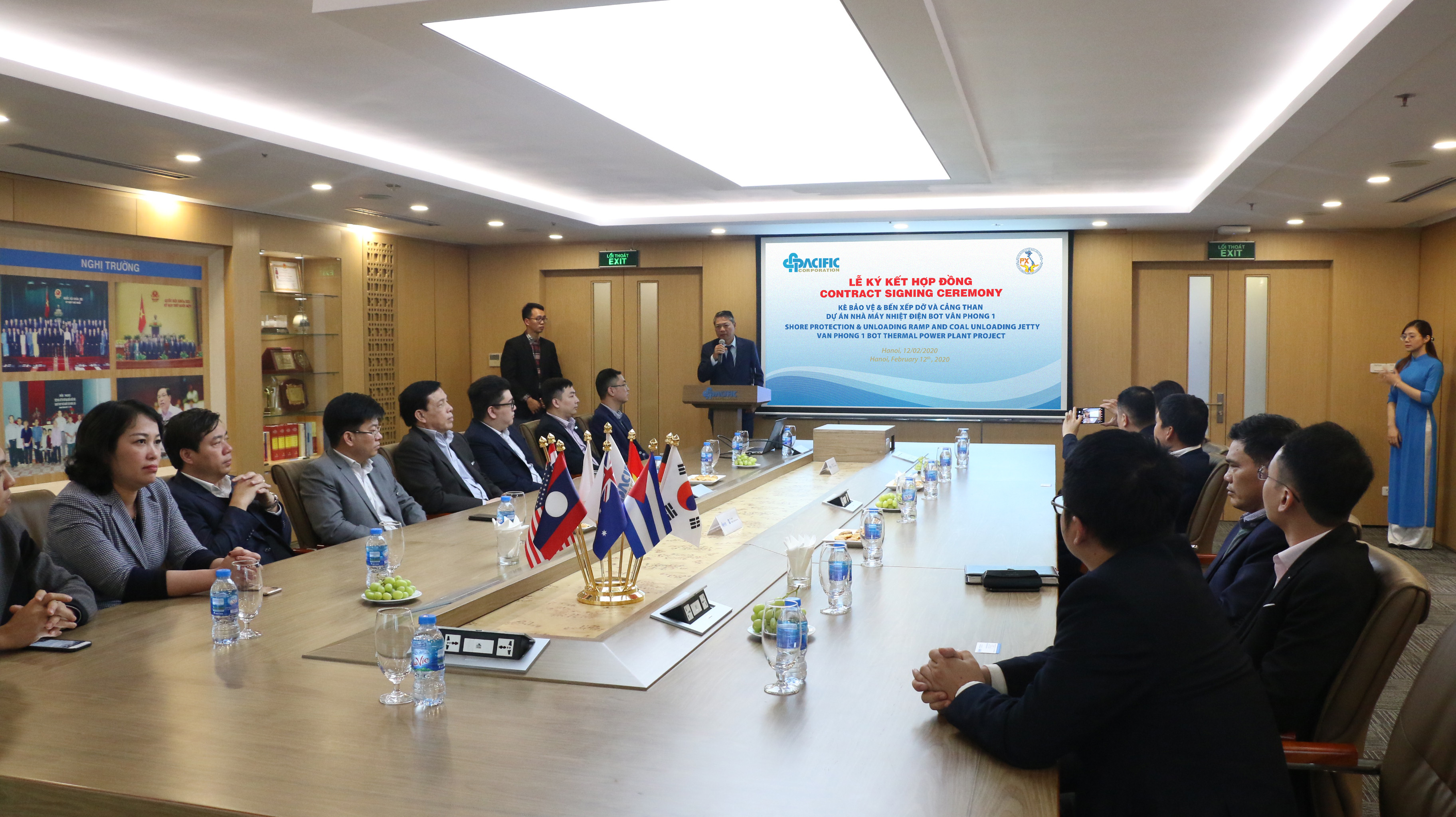 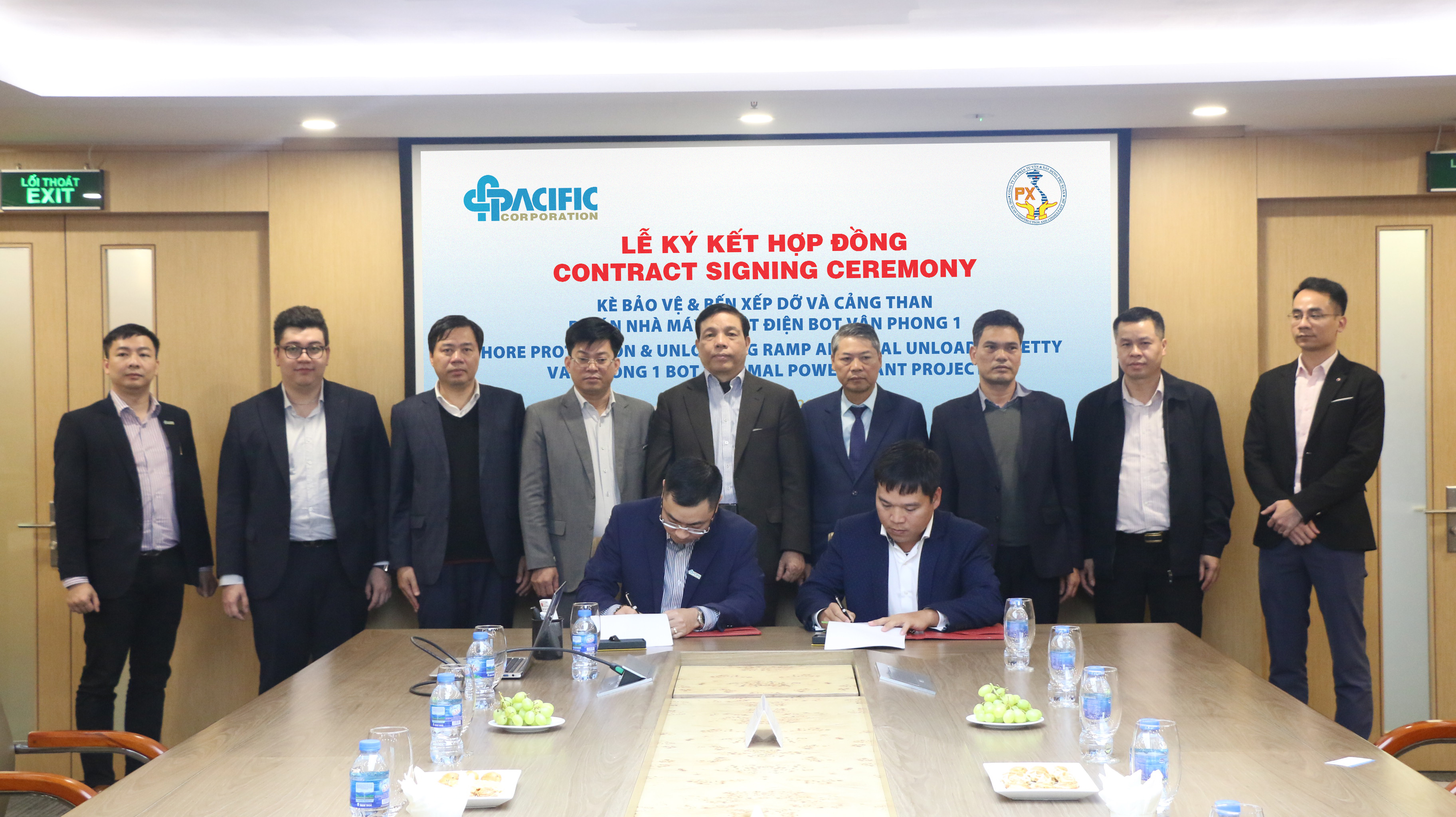 Overview of the Contract Signing Ceremony

The packages that Pacific Corporation participating in the project include Shore Protection, Unloading Ramp and Coal Unloading Jetty, with a total value of nearly VND 1,300 billion.

In particular, the shore protection package is infrastructure item, and it plays an important role for the entire project progress. Materials of shore protection construction include: stones, geo textile, Rakuna 4 blocks. The design of shore protection with application of Rakuna 4 blocks was highly appreciated by Doosan partner compared to the design of many other famous domestic and foreign contractors participating in the bidding. Van Phong 1 project is also one of the first projects in Vietnam using a new design block - Rakuna 4 block. The shore Protection has over 2,640m in length, including deep sea, shallow sea and on land, and temporary unloading jetty with 5,000 DWT, dimension 60 x 16 m.

Coal jetty is an open sea port type, which is located a distance 1.2km from the mainland, connected by a 1.2km access trestle supporting the road and conveyor system to transport coal into the plant, with a width of trestle is 12m. Coal jetty structure is a combination of precast concrete beam and slap with cast in-stu pipe cap, all these structures are supported on a steel pipe pile foundation. To execute this package, it requires mobilize manpower and large construction equipment with high accuracy requirements, very tight construction schedule depend on weather conditions, in extreme construction conditions at open sea area.

It is expected that these packages will be completed by the end of 2021. 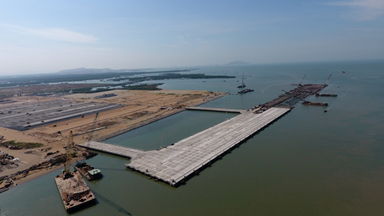 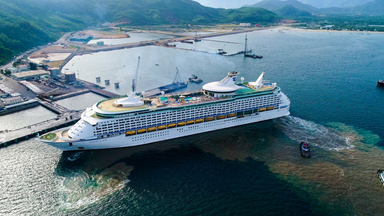 Berth No.2 construction Chan May port - Phase 1
Category
Hot news
See it all

+84 0243 755 0239 - phuxuanjsc@yahoo.com
Sign up for the newsletter
Information about new projects, company events and other useful information